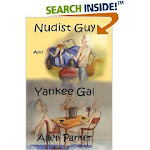 For some time, I have been mulling over an idea I have for decreasing the divorce rate, insuring happiness in a marriage, and having fun at the same time. This is an old idea with a new twist.

We always want to build a marriage after it is already running. Sure, it can be done, but it is kind of like trying to rebuild a car engine while still driving down the highway. WE start way too late and finish way too early.

My idea is this: Plan a weekend where people who are married, thinking of getting married, wanting to figure out what went wrong with a previous marriage, or people who might want to get married could come and learn about the spiritual side of marriage and develop good skills in making a marriage work.

My goal for this year is to prepare a plan to announce in March for implementation in 2010.

I've thought of calling it 2010 A Space Oddity.

It is odd how we plan and connive to moved into a small space and live with someone the rest of our lives. We make a point at placing ourselves too close to an individual and then hope upon hope it works.

If it were located in Virginia or NC, would you still be interested? How about your home resorts or parks?

I am all open for suggestions. Anyone wanting to volunteer should first have their head examined and then see me immediately.

But seriously, a "Retreat on Marriage" would be a great idea.

Just to be clear...we're not talking about a Retreat FROM Marriage. How about a Marriage Advance?

Why do they call these things retreats anyway?

Cheef, was that you and Ms. Cheef's way of volunteering? I understand you have a lot of experience in this area.

I am not claiming this as a new idea, but one that builds on others, such as yourself. Thanks for volunteering. Hey to Ms. Cheef.

There is a great system of exactly that kind of retreat already in place: It is called Marriage Encounter (and its counterpart: Engaged Encounter). Now, before you laugh at the name, let me tell you, it's a thoroughly Christian retreat (usually at a hotel) where, in the context of their own faith tradition (there are Catholic, Lutheran, Methodist and other "versions" of Marriage Encounter) you learn communication skills, understanding your spouse, and all of it in the context of the Lord Jesus Christ's hand in your marriage--really good stuff! My wife and I attended on in 2005 and were very impressed and helped! So, yes, yours is a good idea, but check out Marriage Encounter before you re-invent the wheel!

I agree with the previous poster and encourage you to learn about Marriage Encounter.

My wife and I went to one in the early 80's, and from time to time we still talk about ME. I can't say it "saved" our marriage because our marriage wasn't in trouble, but neither was it perfect! But I have little doubt that what we learned from that weekend helped us weather some severe tests that came our way years later.

One of the things that really impressed me about ME was the reverence for the institution of marriage that was evident throughout the weekend - a reverence that is scarce these days.

If you have never attended, maybe you could sign up for one of the weekends and experience it from the inside. Unless it has changed since the early 80's, the only way I think it could be improved would be if it were clothing optional.

I am fully aware of the program. It is excellent. What I am talking about is a weekend similar in nature, but dealing specifically with the basis and basics of interpersonal relationships and the intimacy created through the union of two people, whether they have already married, in which case this would be an enhancement to what they are doing, or committed to getting married which would offer the basics of marriage and the opportunities to grow in their walk with Christ and one another, AND to people who are not in a committed relationship but wish to, offering them the tools and rules to a special relationship as God has ordained.

And, it would be a nudist event.

We never seem to teach the basics to marital life until after we allow people to marry.